This was my first ever attempt at a frittata and I mostly just winged it.  I had some lovely spinach, green onions and cheese curds from the farmer’s market and there were also some sun dried tomatoes left over from the antipasto we had the night before.  So I just decided to throw all of that in there.  A frittata is kind of like a giant baked omelette so you can pretty much put anything in there.  Or that’s what I gathered after looking up 10 different recipes for it. 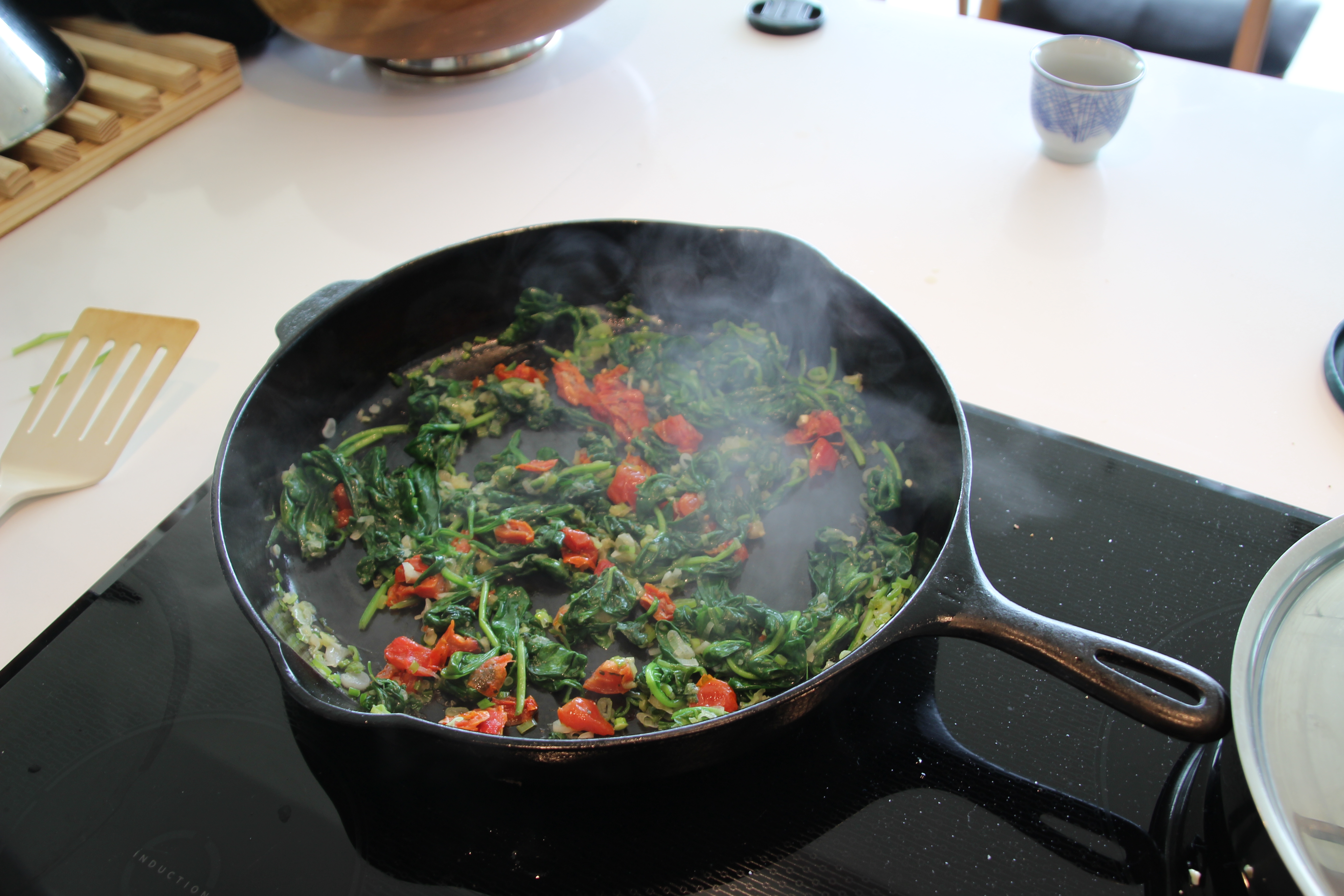 I sauteed the green onions, spinach and tomatoes to get them all nice and soft before adding the egg and curds.

This was super easy to make and it was perfect for a group brunch situation.  I mean I can’t imagine making a bunch of omelettes and this has a much prettier presentation than a big pile of scrambled eggs. 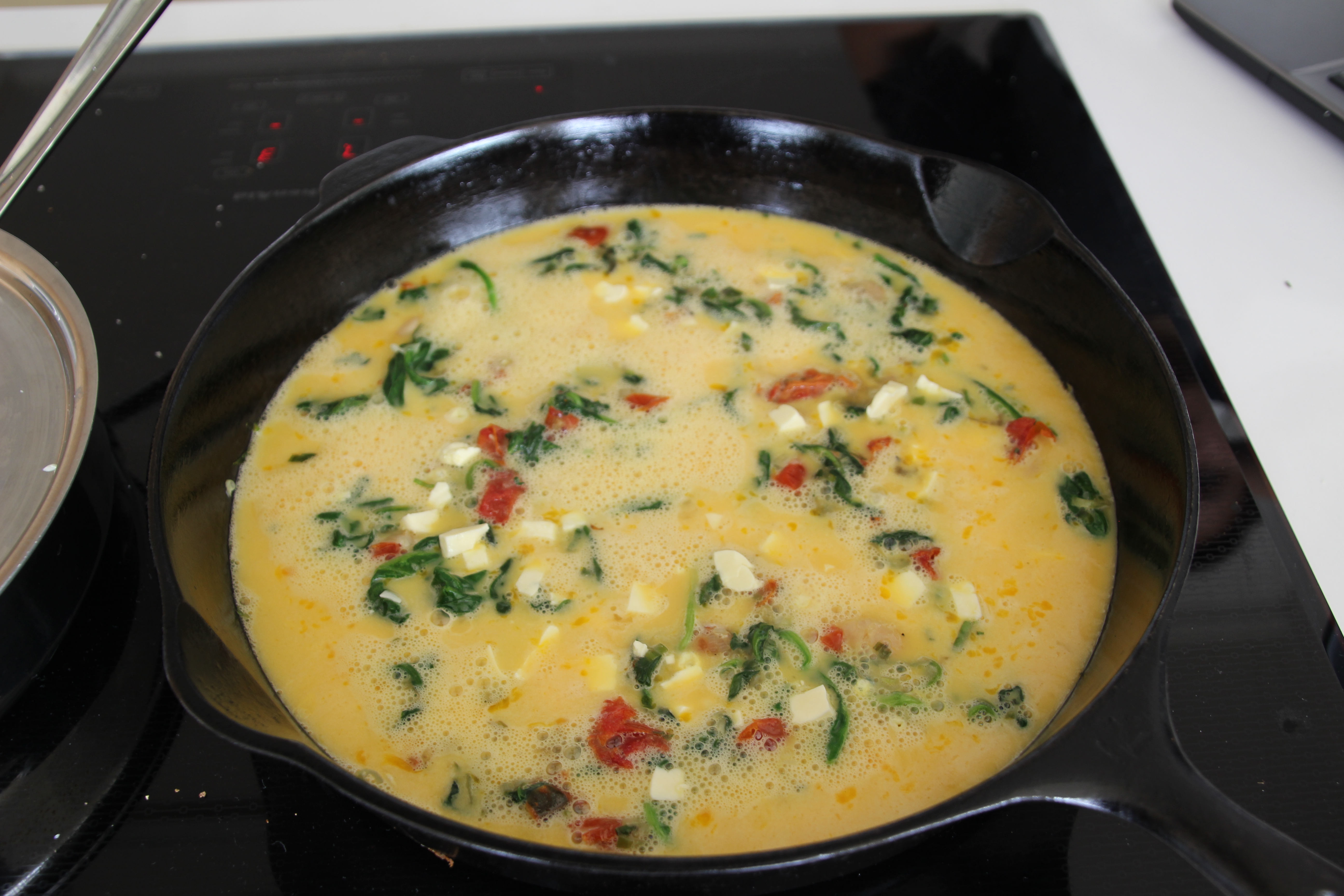 Ready to be popped into the oven.

I was having a great time cooking brunch for my brother, parents and my brother’s fiance and her parents.  I think I had too much fun because I forgot about the frittata in the oven.  It came out a little over cooked but still edible.  Stick to the cooking times below but know that even if you screw it up a little people will still eat it.