As I was researching marinara recipes I came across a lot of recipes that said that canned tomatoes were the way to go.  I was kind of bummed because I bought a ton of ripe red tomatoes with the explicit purpose of making marinara.  Yeah, I did the research after I went impulse shopping at the farmer’s market.  Wooops!  But I did come across a few articles that disagreed and validated my use of fresh tomatoes which was enough for me to say screw it and make my damn marinara how I wanted to. 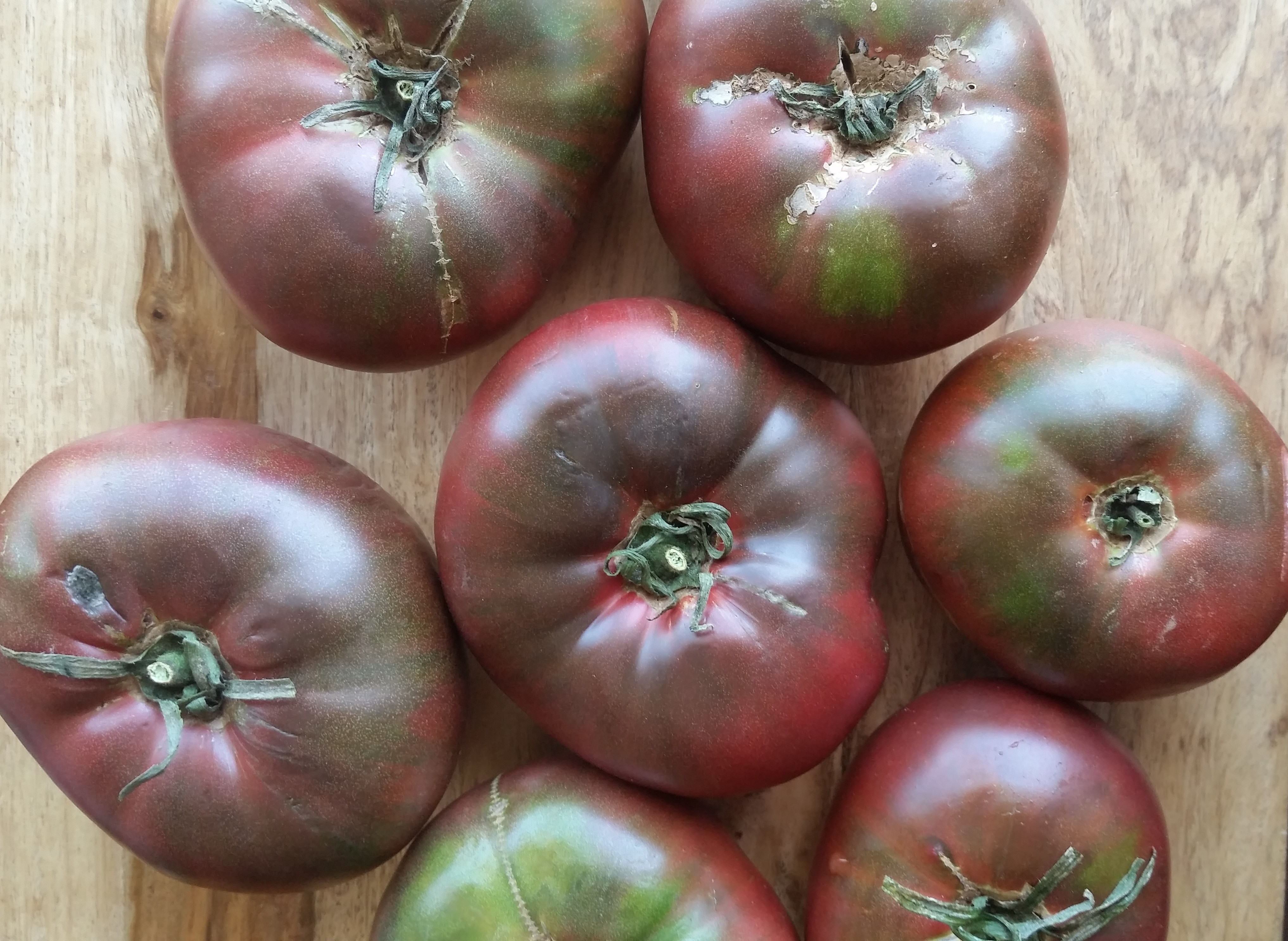 When cooking tomatoes in marinara you really need to peel them.  The peel won’t cook down and then you will have all these big slippery pieces of peel in your sauce and it’s just kind of gross texture wise.  The way to peel tomatoes is to cut a shallow ex in the bottom of the tomato (the opposite side from the stem or what I refer to as the butthole of the tomato)  then you toss it into some boiling water for a couple minutes or seconds until the peel starts to come away from the cuts.  Then dunk them in an ice bath and after they’ve cooled, peel the skin right off.  Piece of cake. 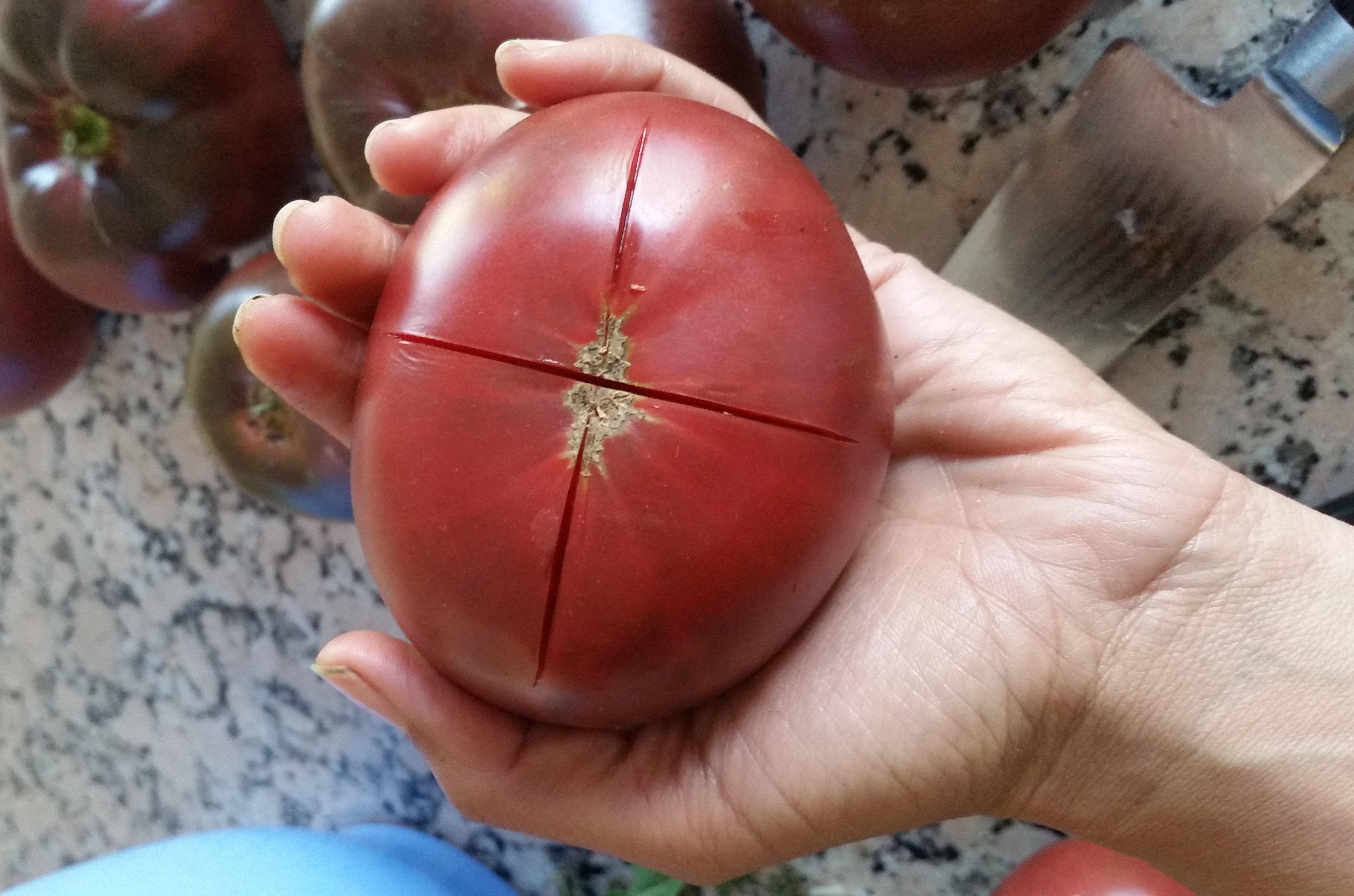 I left the seeds in the sauce because I figured it was ok if it was a little textured.  Some people say the seeds are bitter but I didn’t find that to be true. 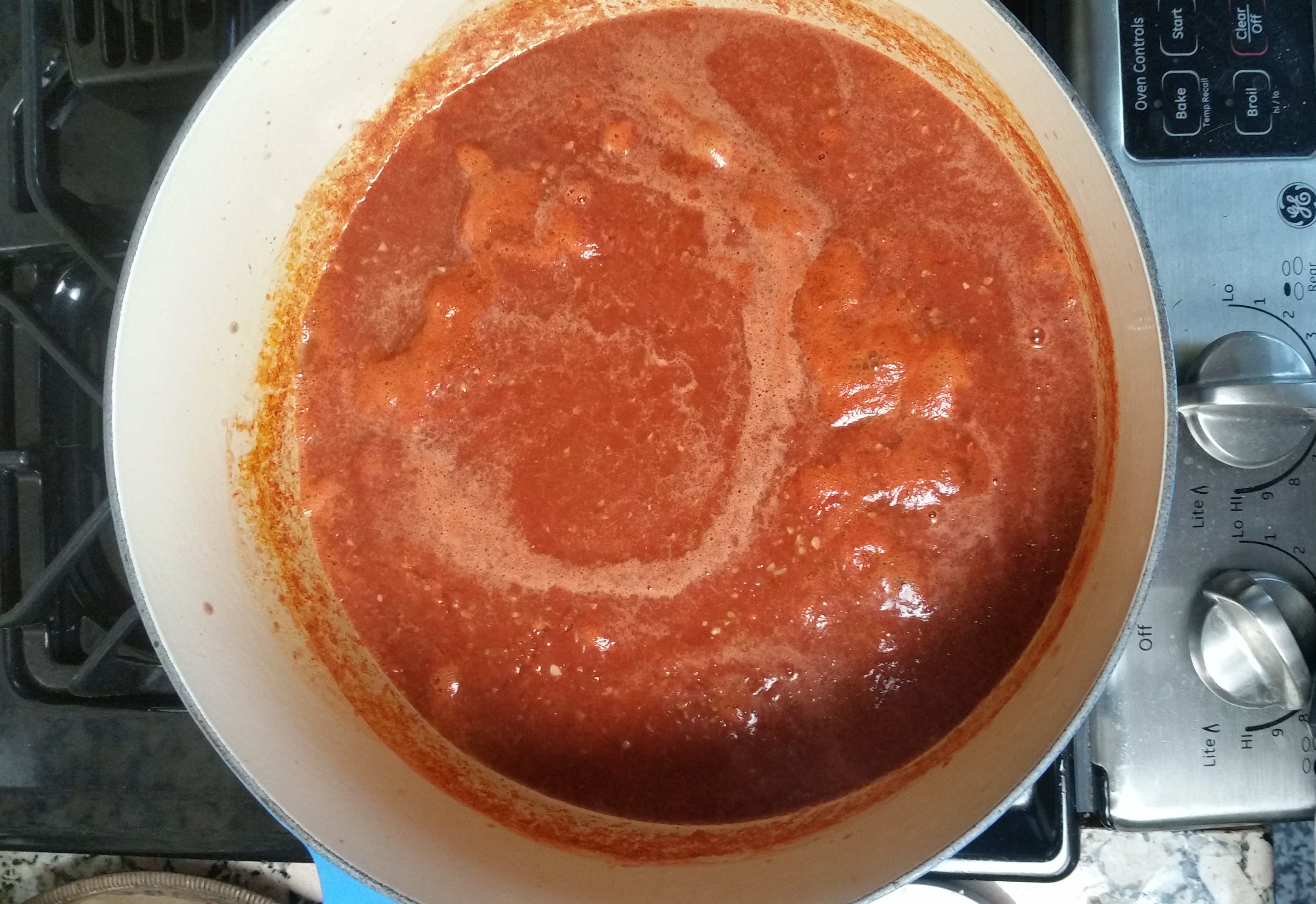 I chopped up the tomatoes, minced some garlic, heated olive oil in a pot, added the garlic then added the tomatoes and let it all simmer until it was thick and bubbly.  That’s it.  So easy and the result was amazing.  A lot of marinara recipes call for sugar to cut the acidity of the tomatoes but these didn’t need it.  The sauce was perfectly sweet and savory and I firmly believe it’s because I used the best, most ripe, freshest tomatoes.  Thank you very much.