The few tomatoes that showed up in my FarmBox just stoked the flame of my desire to eat all things tomato.  I saw these beautiful orange tomatoes at the Hollywood Farmer’s Market and decided to do a riff on a classic… gazpacho.  The major adjustment being the color of the soup which is normally red. 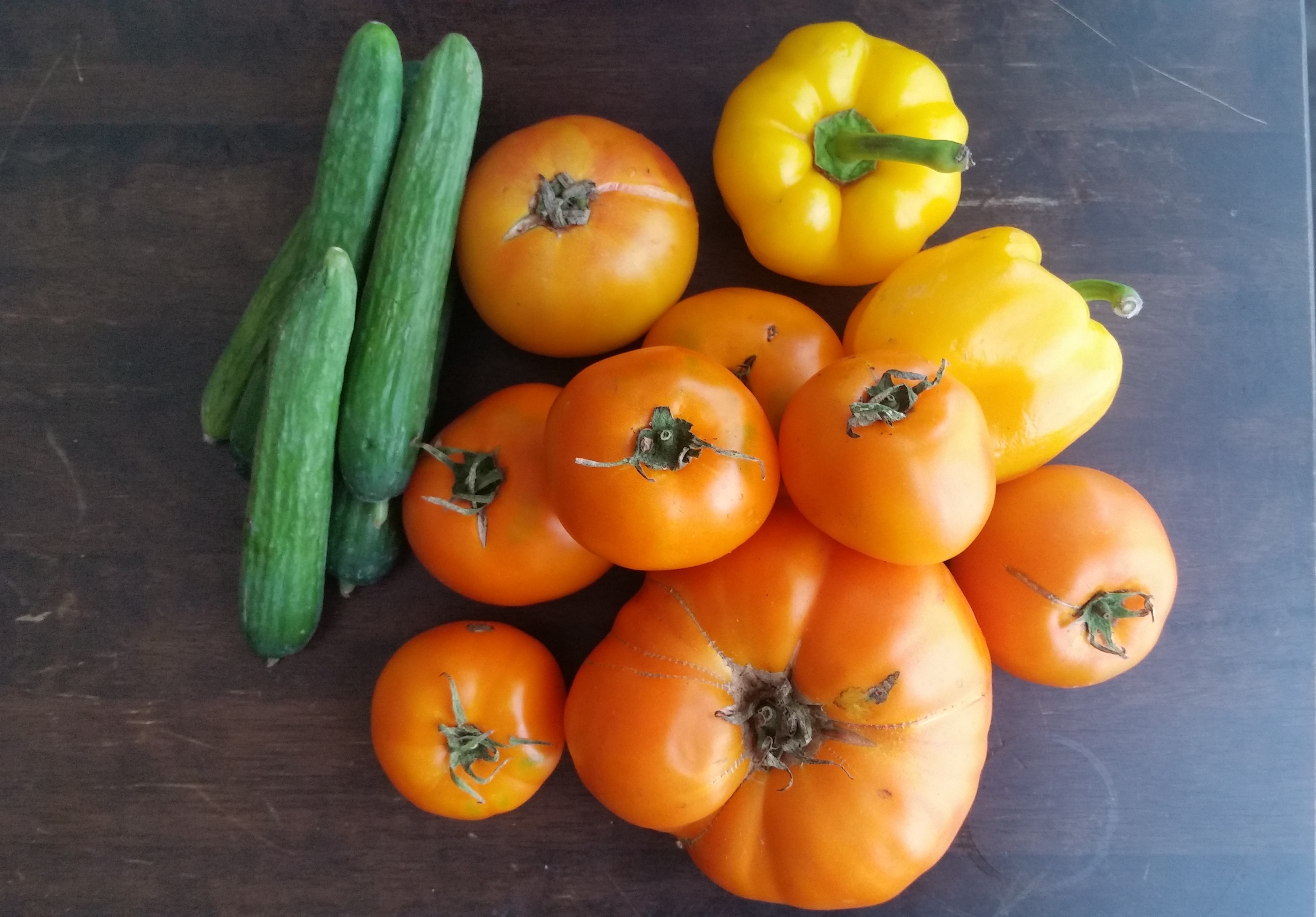 I have very strong opinions about how gazpacho should be made and how it should taste.  It should NOT taste like salsa.  If I want salsa, I’ll eat some fucking salsa.  But gazpacho is something entirely different.  It’s cool, delicate, smooth and fresh tasting.  It’s light and clean but rich at the same time.  It is NOT salsa! 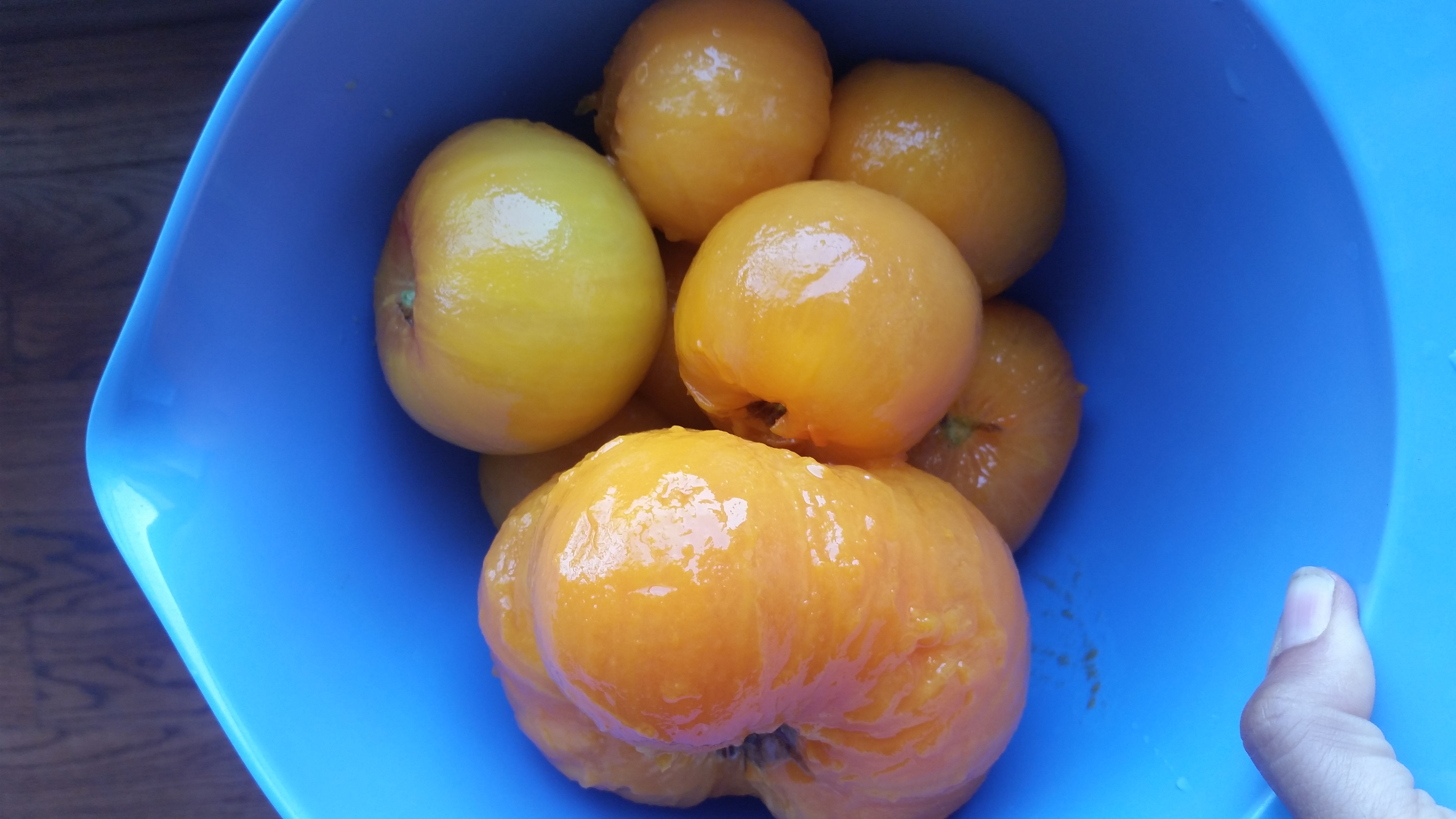 To get the smoothest texture it’s best to peel the tomatoes.  If you have a Vitamix or some other mega blender then you might be able to get away with leaving the peels on.  But blanching the tomatoes kicks up their flavor ever so slightly so I think you should score, blanch, shock and peel them. 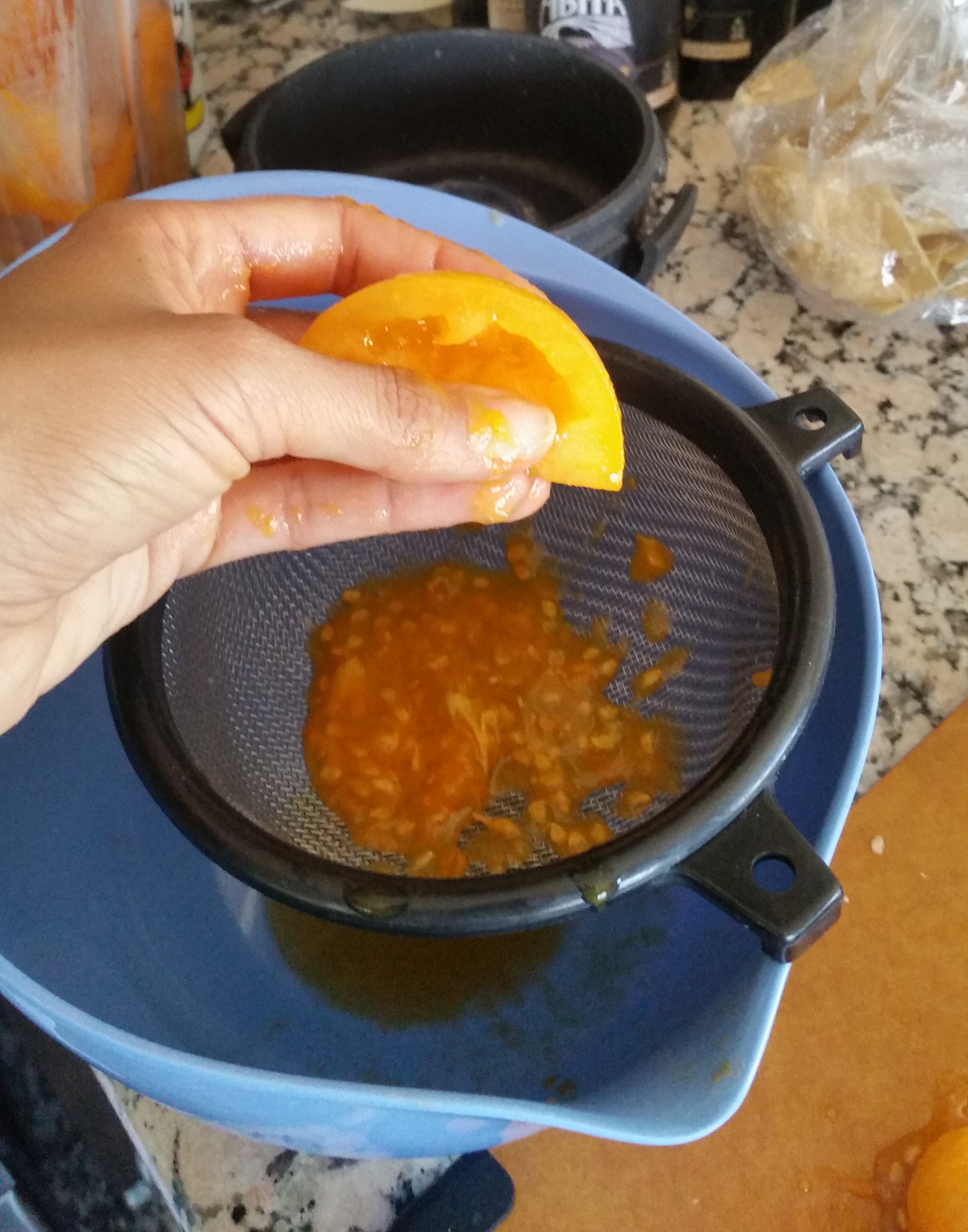 Definitely, for the love of God, seed the tomatoes.  It’s not supposed to be crunchy or have crunchy bits in it.  You can seed the peeled tomatoes over a sieve placed over a bowl and squeeze as much juice out of the seeds as possible.  Then pour all of that juicy goodness into the blender or food processor. 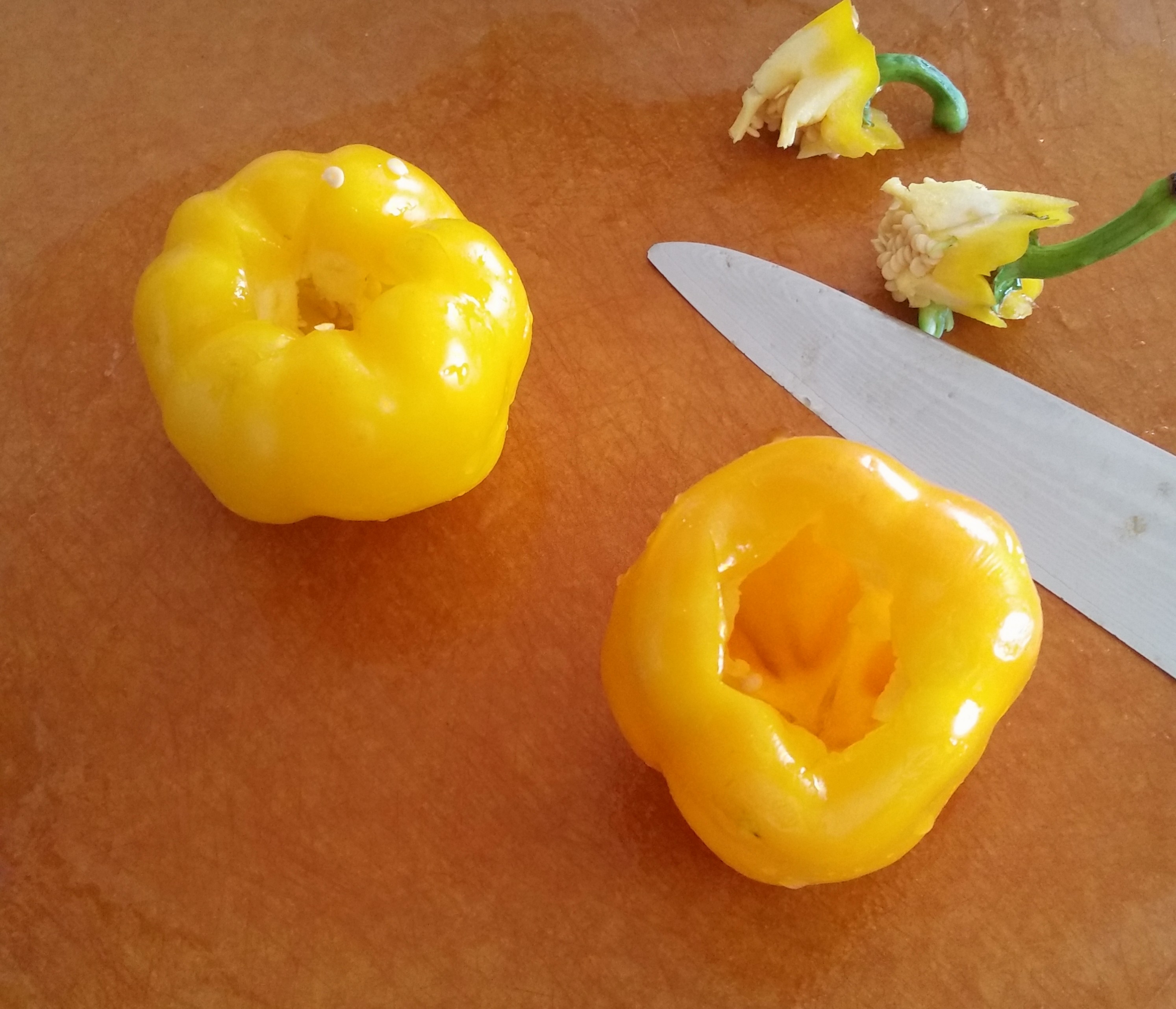 Yellow bell peppers are definitely sweeter than the green ones but I think that makes this gazpacho really interesting.  You don’t need to peel these but do seed them. 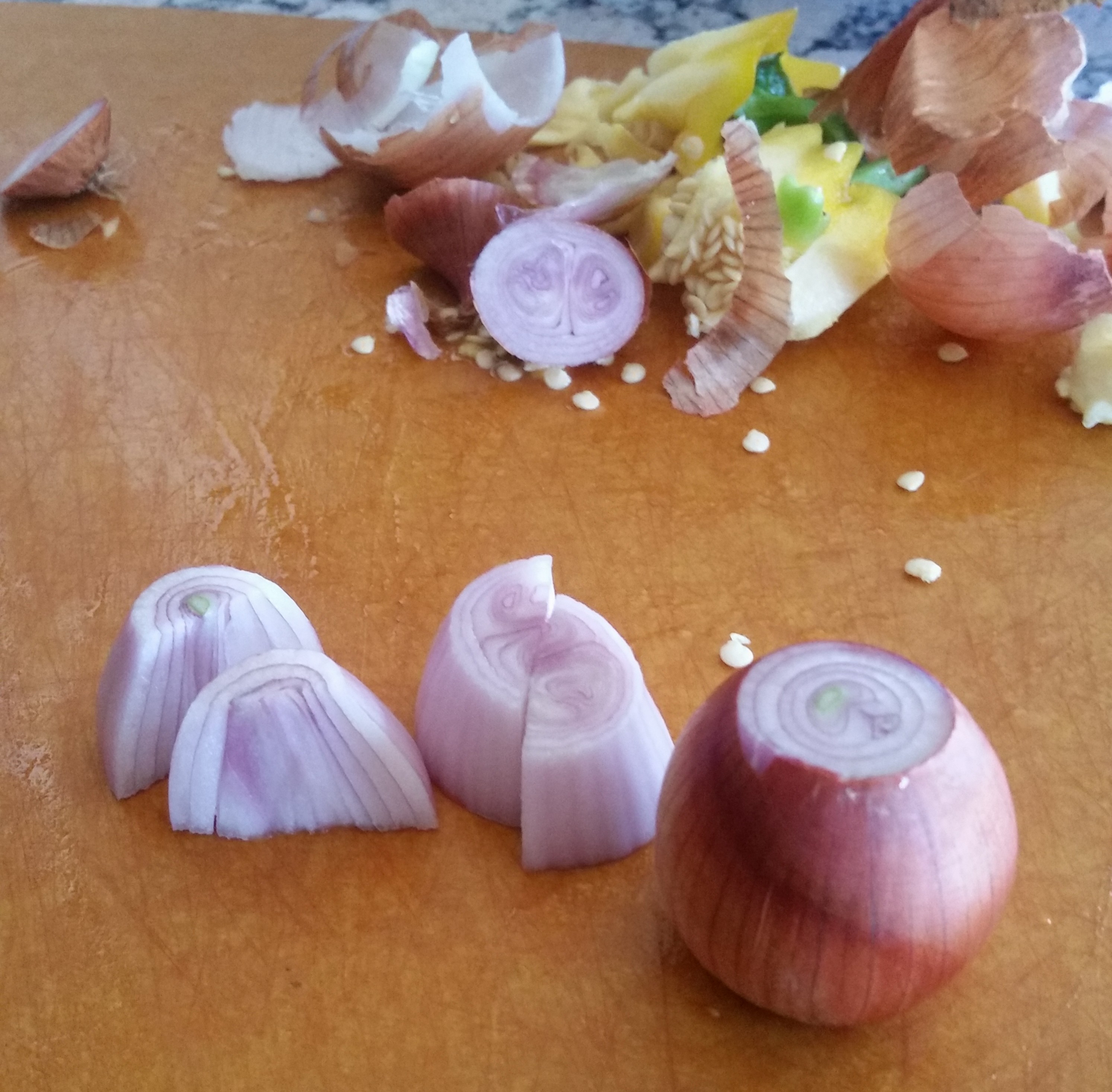 I decided to go with a shallot in this recipe instead of the garlic that it normally calls for because garlic can sometimes overpower the other delicate flavors and I wanted this to keep it’s light sweetness. 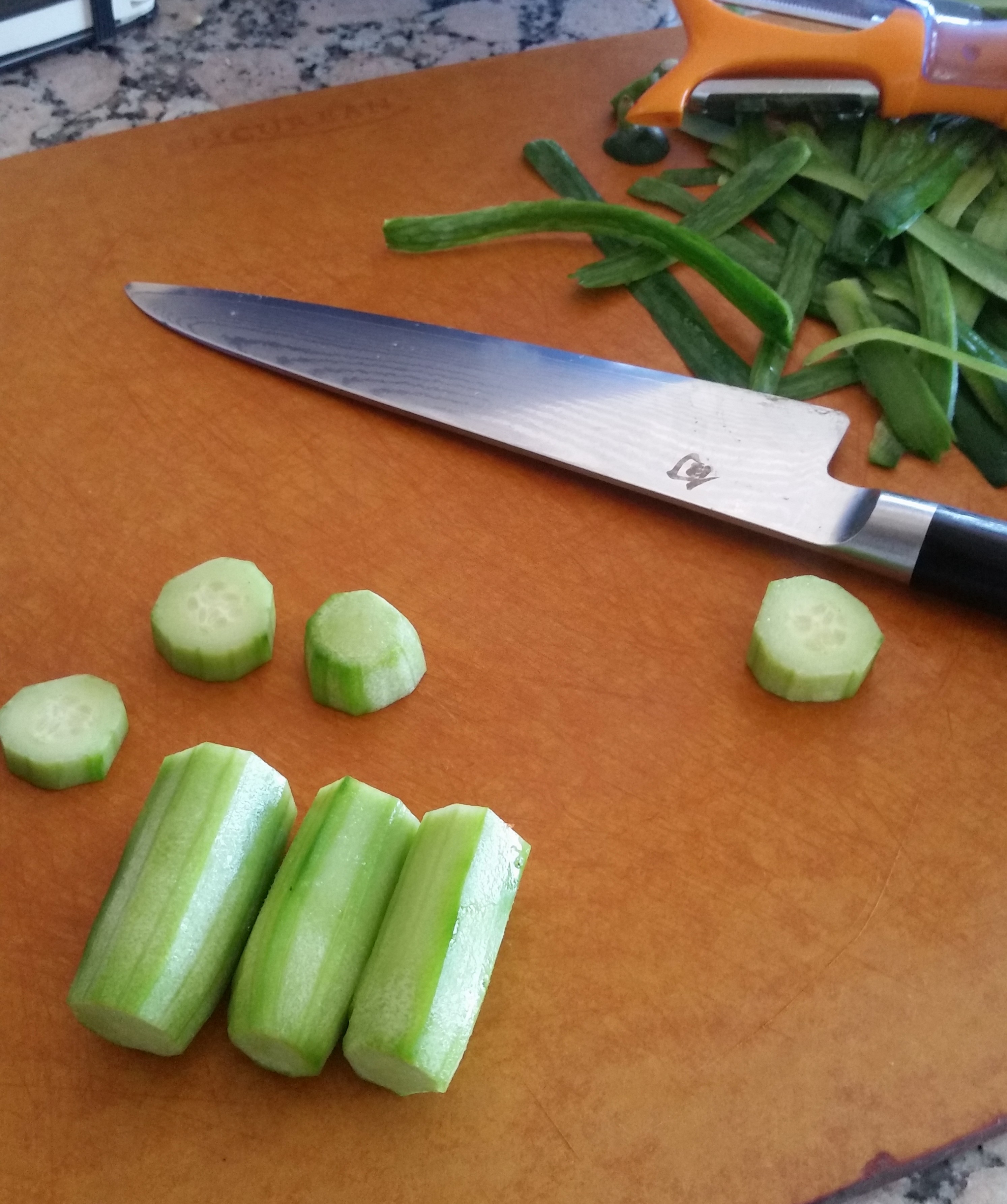 Persian cucumbers have these really tiny and soft seeds and that’s why I chose them.  I really didn’t feel like seeding a bunch of cucumbers.  They are also softer than other standard varieties of cucumbers which I thought would be good in a cold soup.  The next step is just put all this in a blender/Vitamix/food processor with olive oil and a dash of sherry vinegar and process until it’s creamy smooth.  Then chill and serve garnished with bell peppers of another color, diced cucumber, croutons, diced hard boiled egg or whatever else suits your fancy.  I kept it vegan and just topped it with some purple bell peppers, cucumber and olive oil.  Summer in a bowl!