CSA Away, Dinner, Side Dish, Vegan 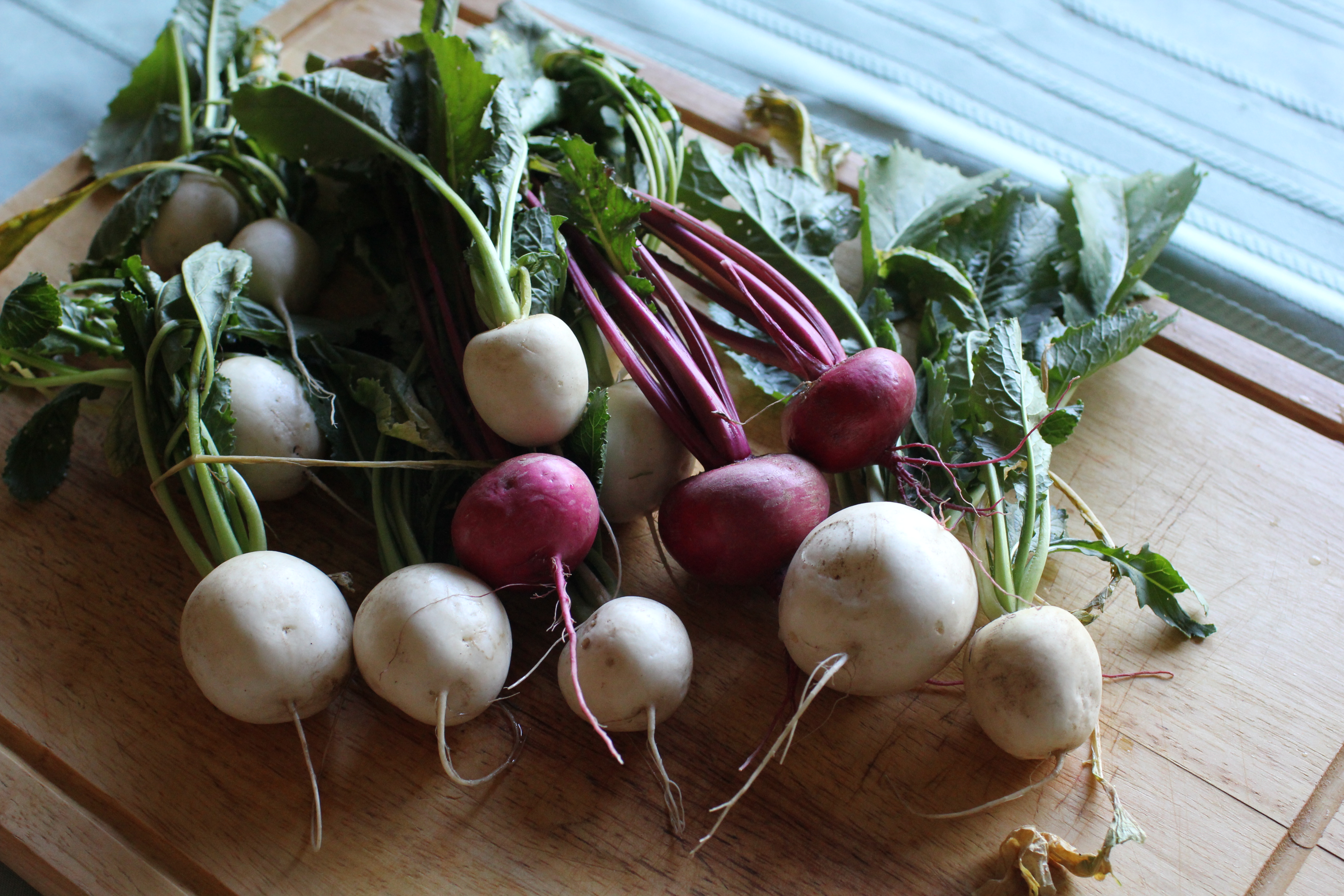 I got to taste them raw at the farm and they were so sweet and delicious.  I was a little worried that cooking them would be tragic. 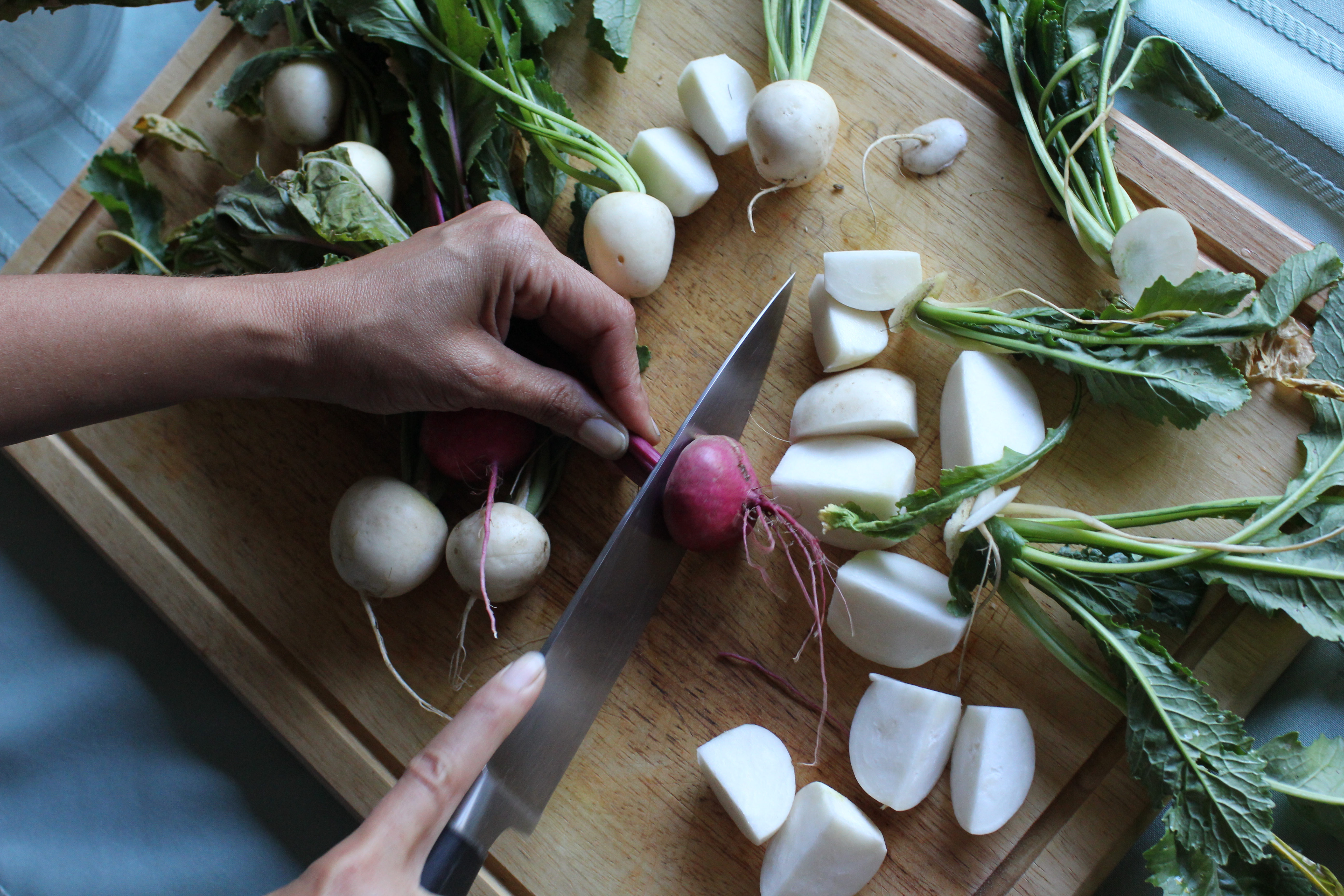 The greens are also yummy and can be used in recipes but I didn’t think they’d fare well on the grill and this was a grill only meal. 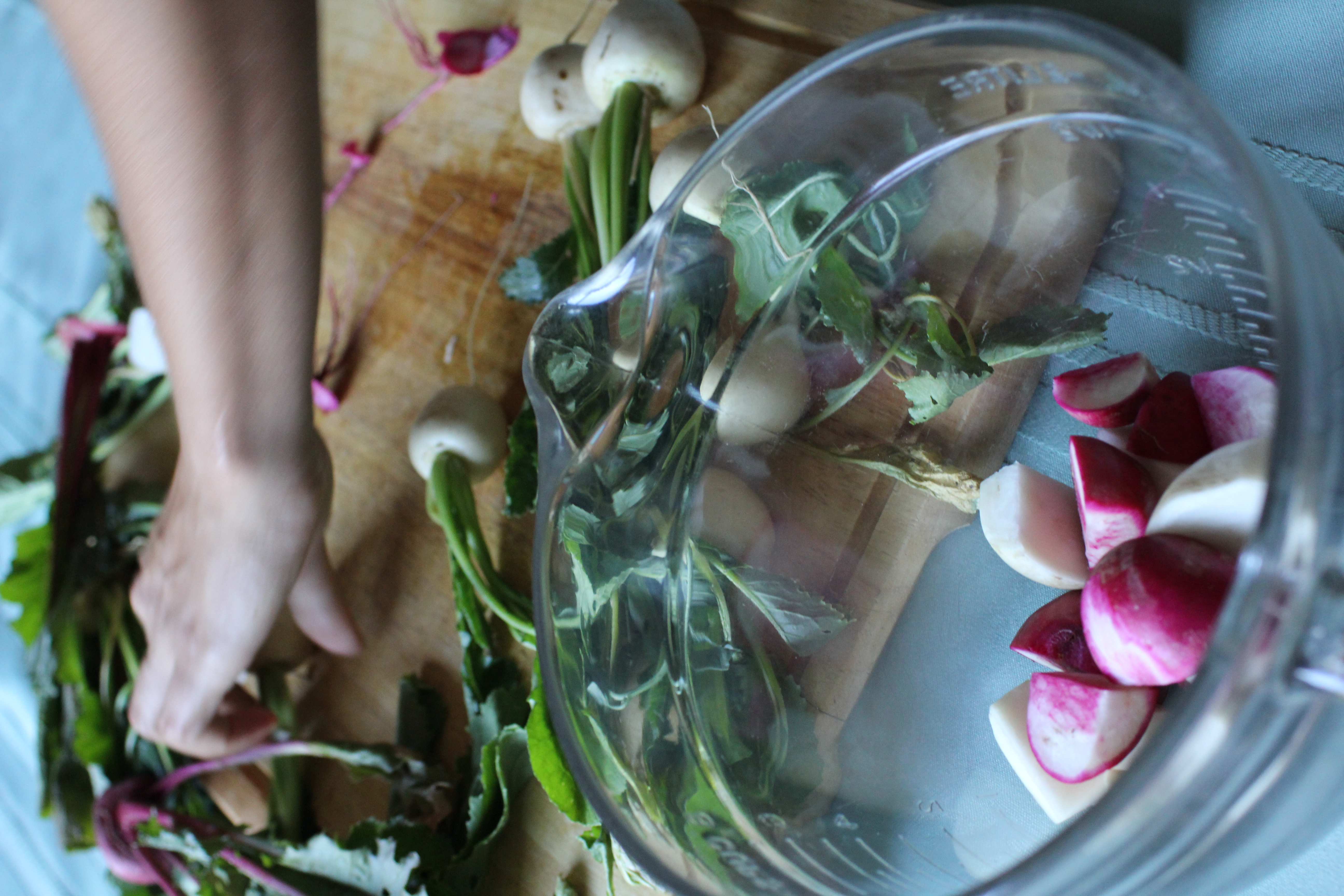 Pop those puppies in a bowl. 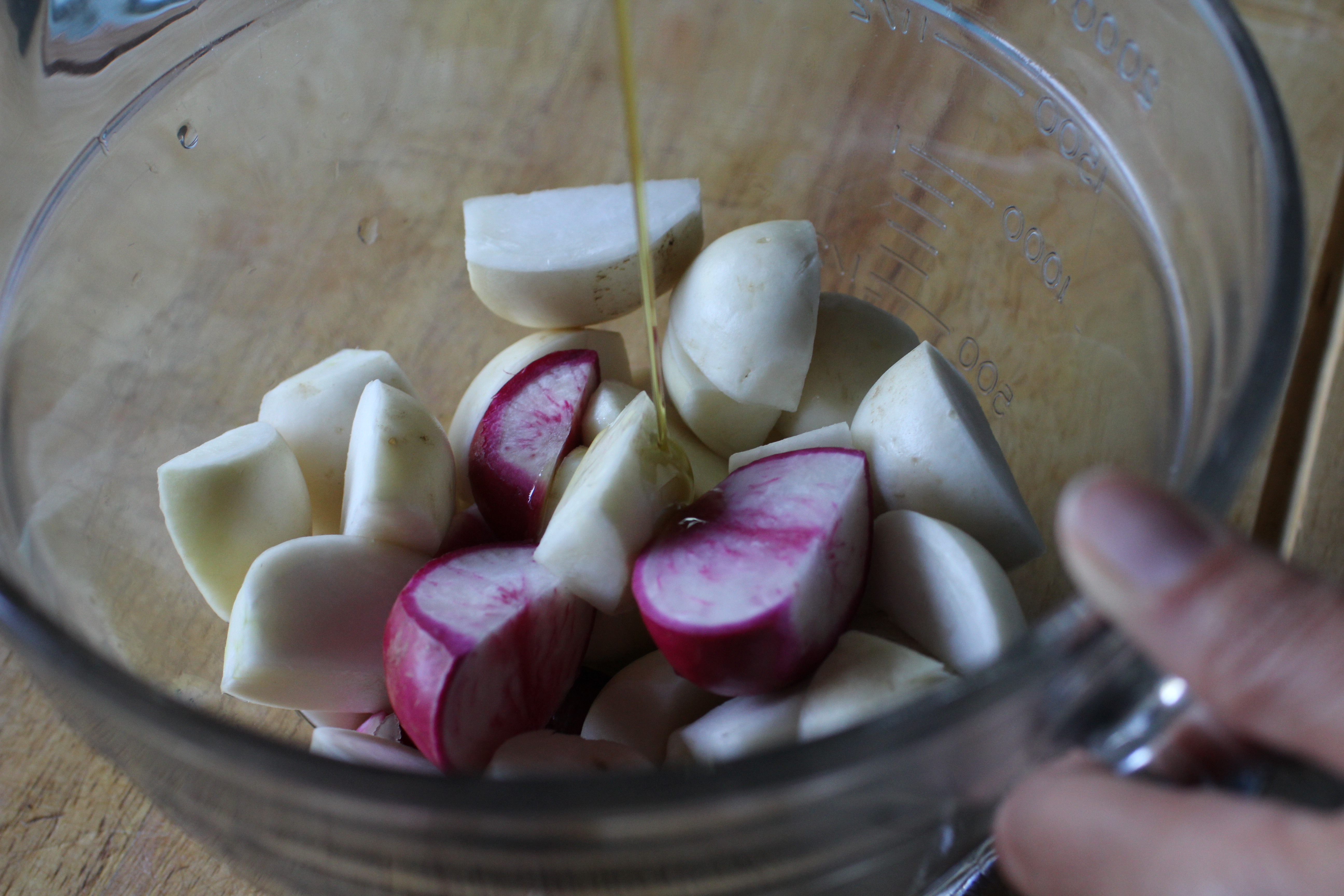 pour olive oil on them. 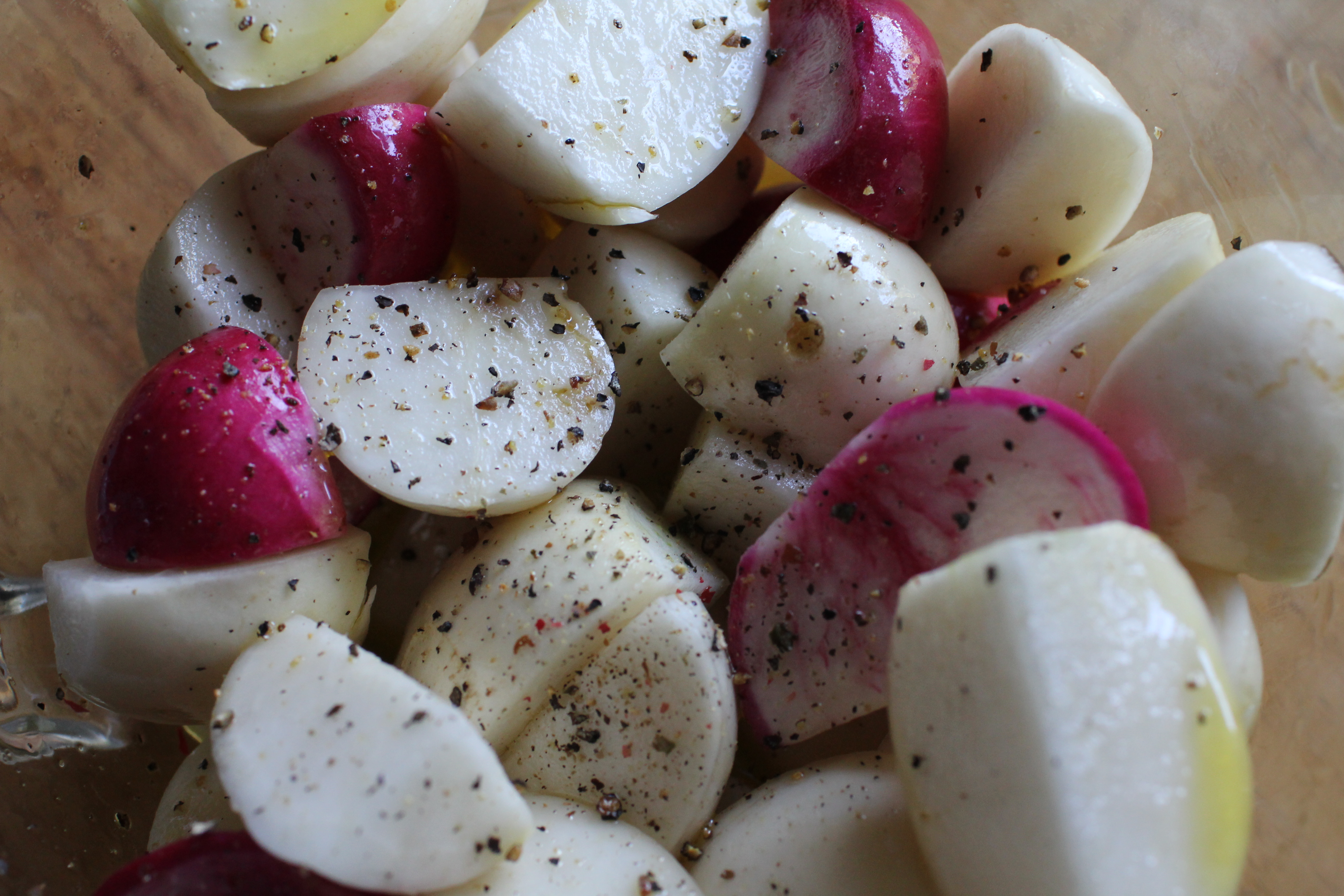 Add salt and fresh cracked pepper and mix it up. 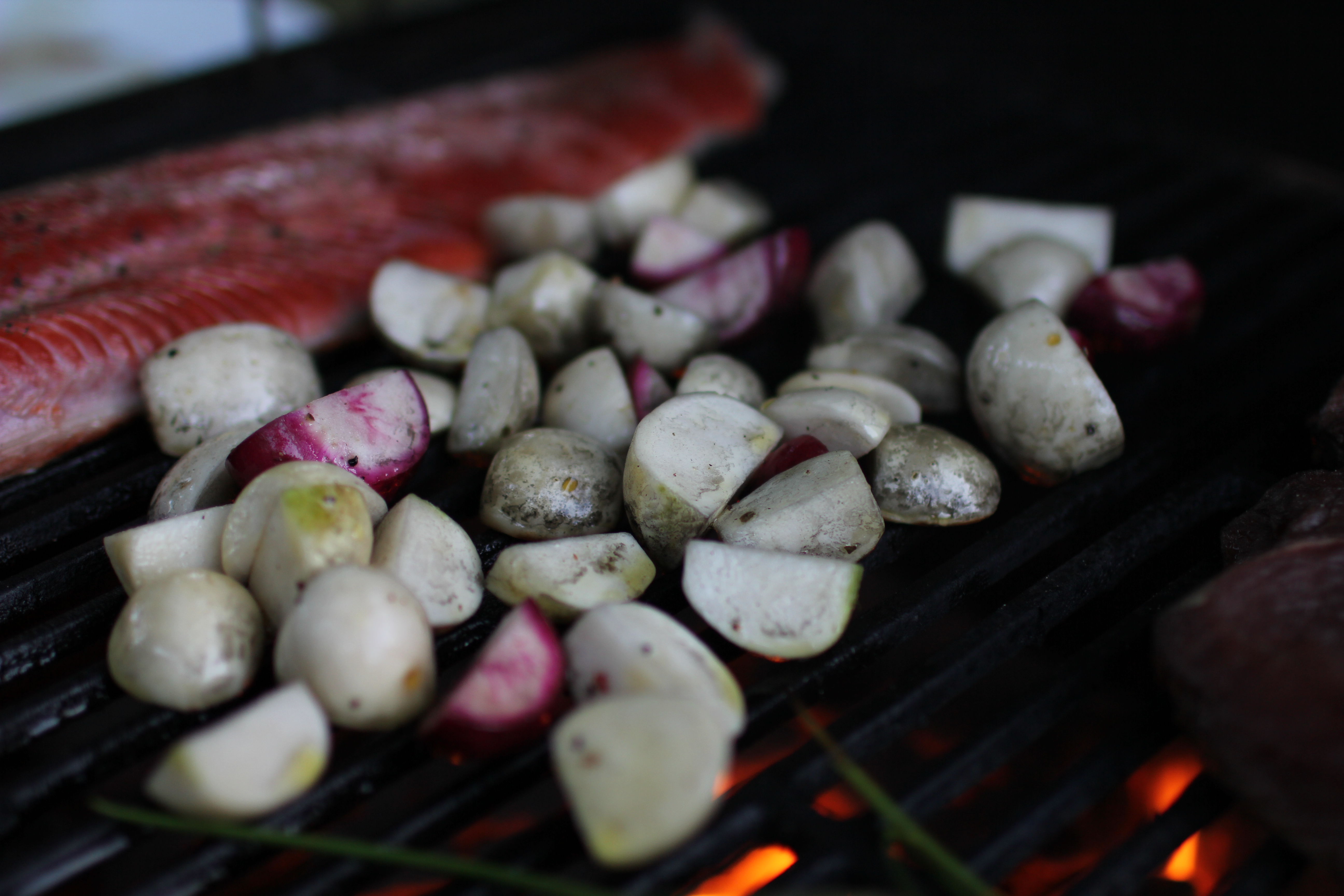 Throw them right on the grill if you don’t have one of those veggie basket things and enjoy when they are all toasty and tender.